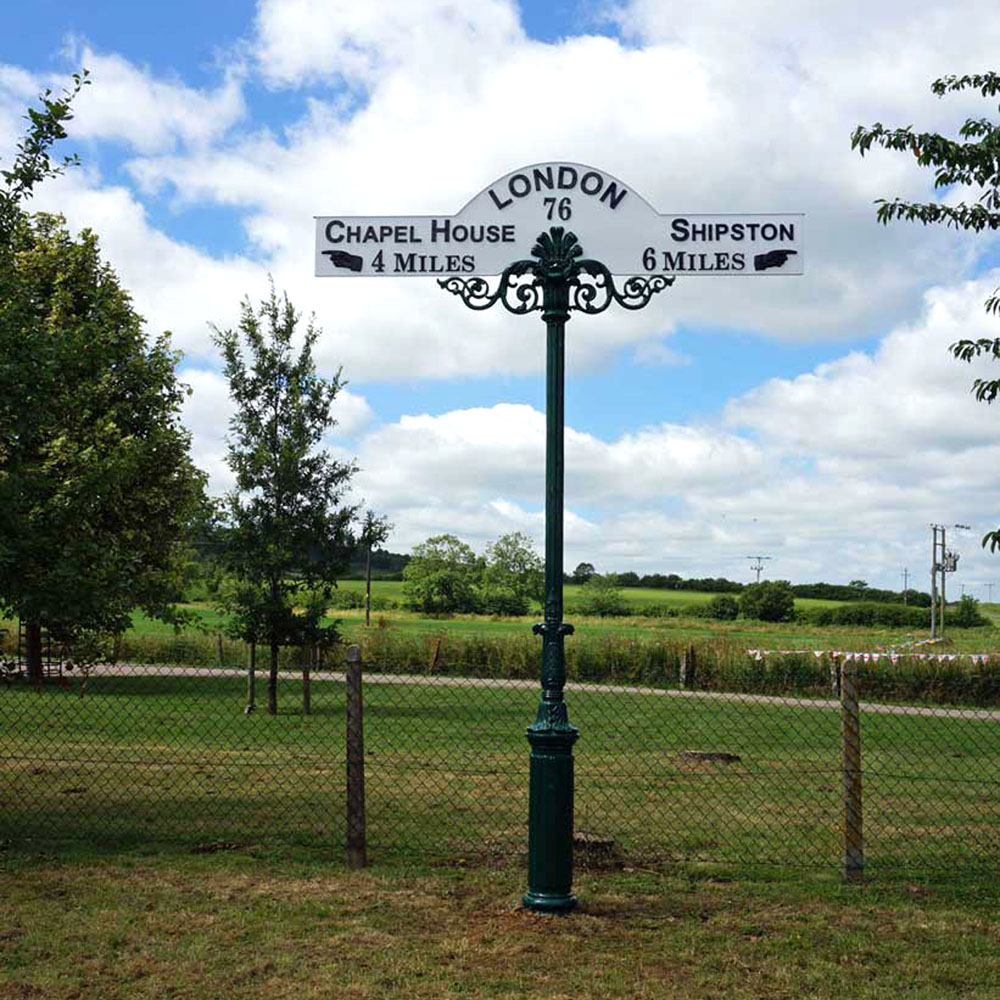 This is the southernmost of the series of the six mileposts restored in 2017. It is outside the Village Hall, very close to where a post stood originally, as shown on C19 Ordnance Survey maps. The Stratford on Avon to Long Compton Turnpike formerly left the village towards Woodstock and Oxford going straight on up to the top of Long Compton Hill, where it ended. In 1825 a new stretch of road was opened, skirting round the hill to the east, avoiding the steep gradient of the original route. The Turnpike’s new ending was at the formerly famous staging inn at Chapel House, known as the Shakespeare’s Head.

To find it: Outside Village Hall of Long Compton. 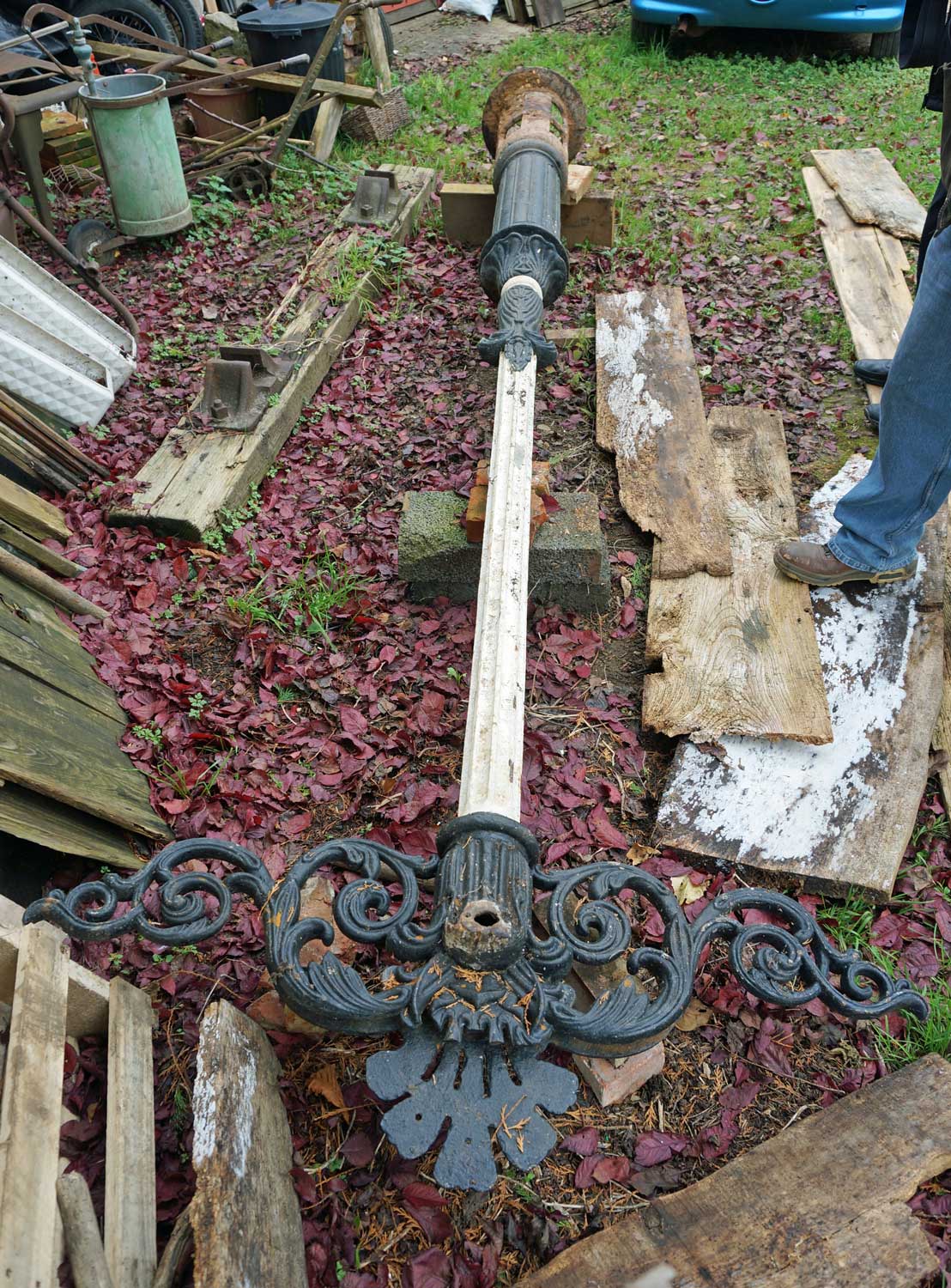