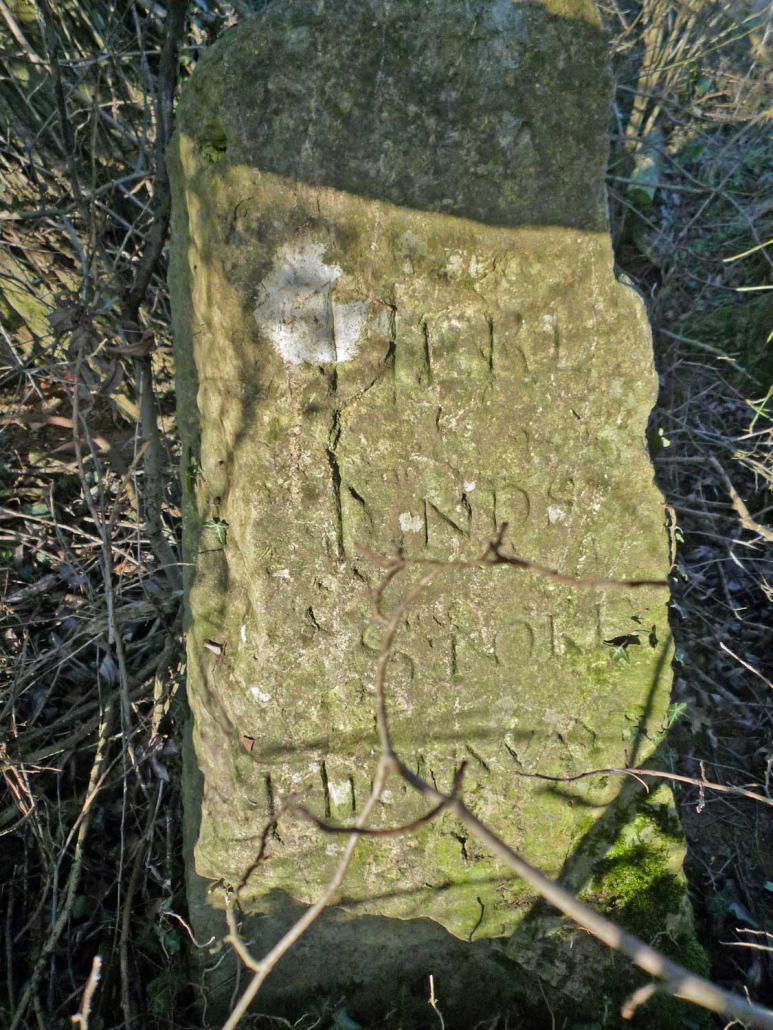 To find it: On north side of Mickleton Road out of Ilmington just before former Mill. See map below.

The inscription on the stone refers to the end of the Stoke highway, a short half mile length of road running through the northern part of the depopulated settlement of Lark Stoke which the freeholders had agreed to maintain. By coincidence, it seems, the stone also marked at that time, the boundary between Gloucestershire and Warwickshire. Indeed the county boundaries between Gloucestershire, Worcestershire and Warwickshire in this particular area were, until 20th century revisions, quite complex. Ilmington, part of Warwickshire, was almost annexed from the rest of the County, having Gloucestershire immediately to its west and part of Worcestershire to its east. Stoke refers to Lark Stoke lying just to the west of Ilmington. It was a medieval village but appears to have been abandoned during the 15th century, although a large house at Lower Lark Stoke was still in existence during the English Civil War, when it was garrisoned and subsequently burnt down by Parliamentary troops. It is believed that the present Lower Lark Stoke House is close to the site of the burnt down house. The medieval village site is a Scheduled Ancient Monument. © Michael Buxton 2020 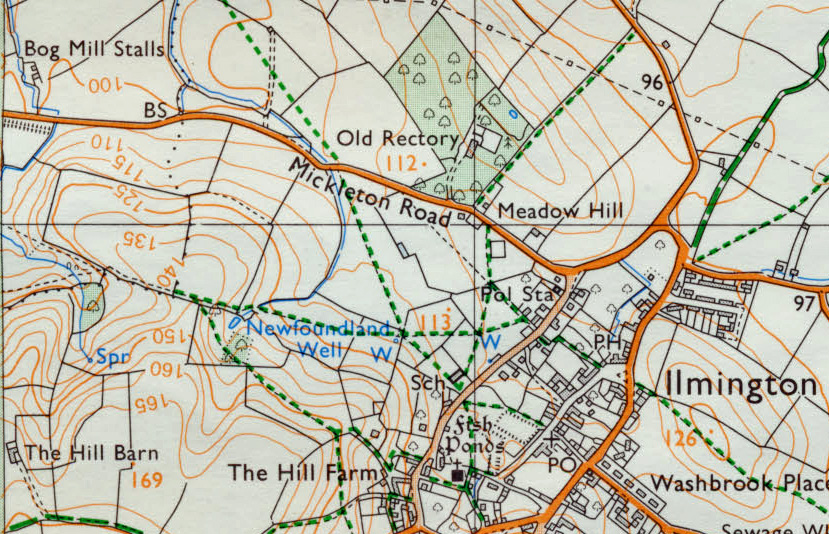 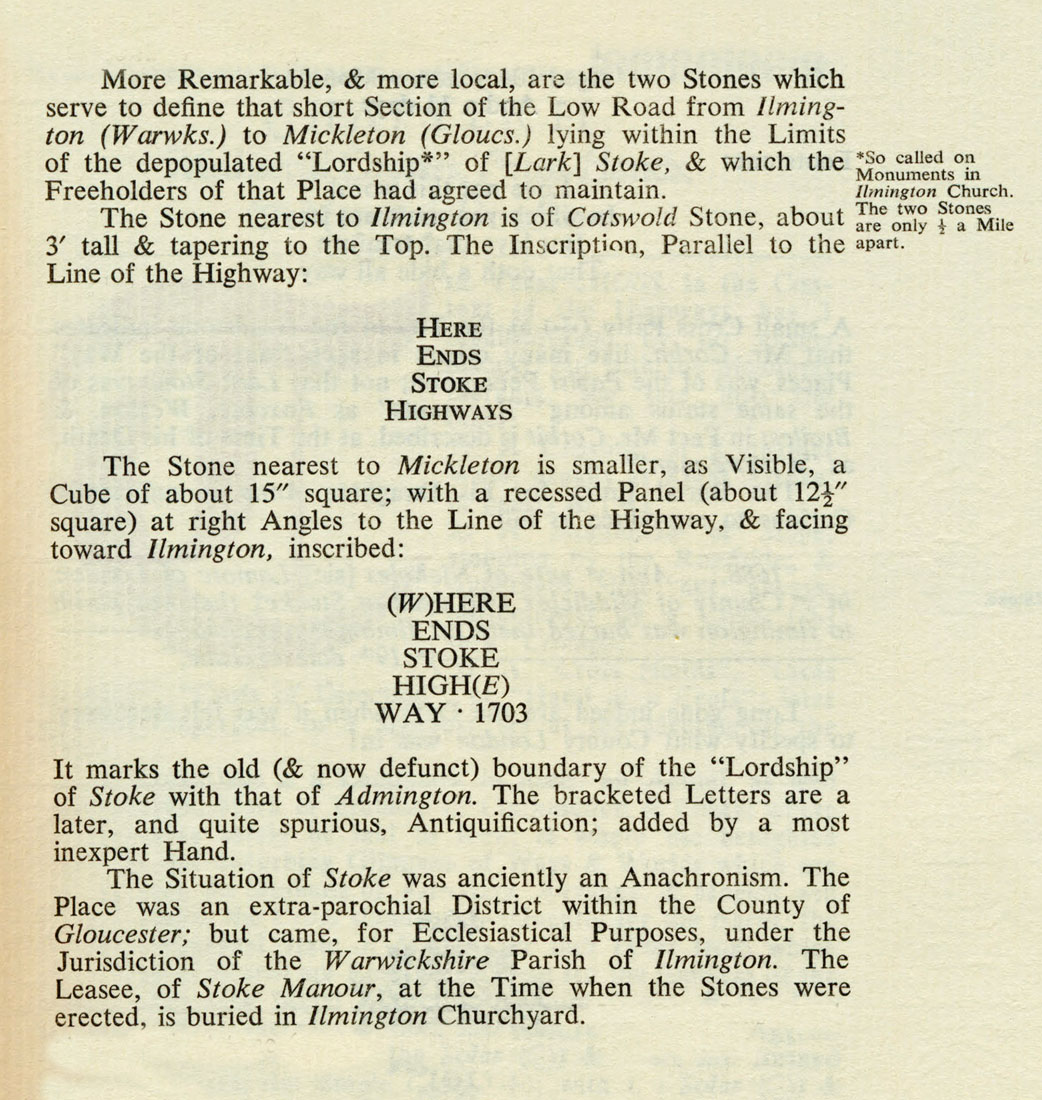 "Ways and Waymarks in the Four Shires" Self-published by P. Drinkwater 1980. 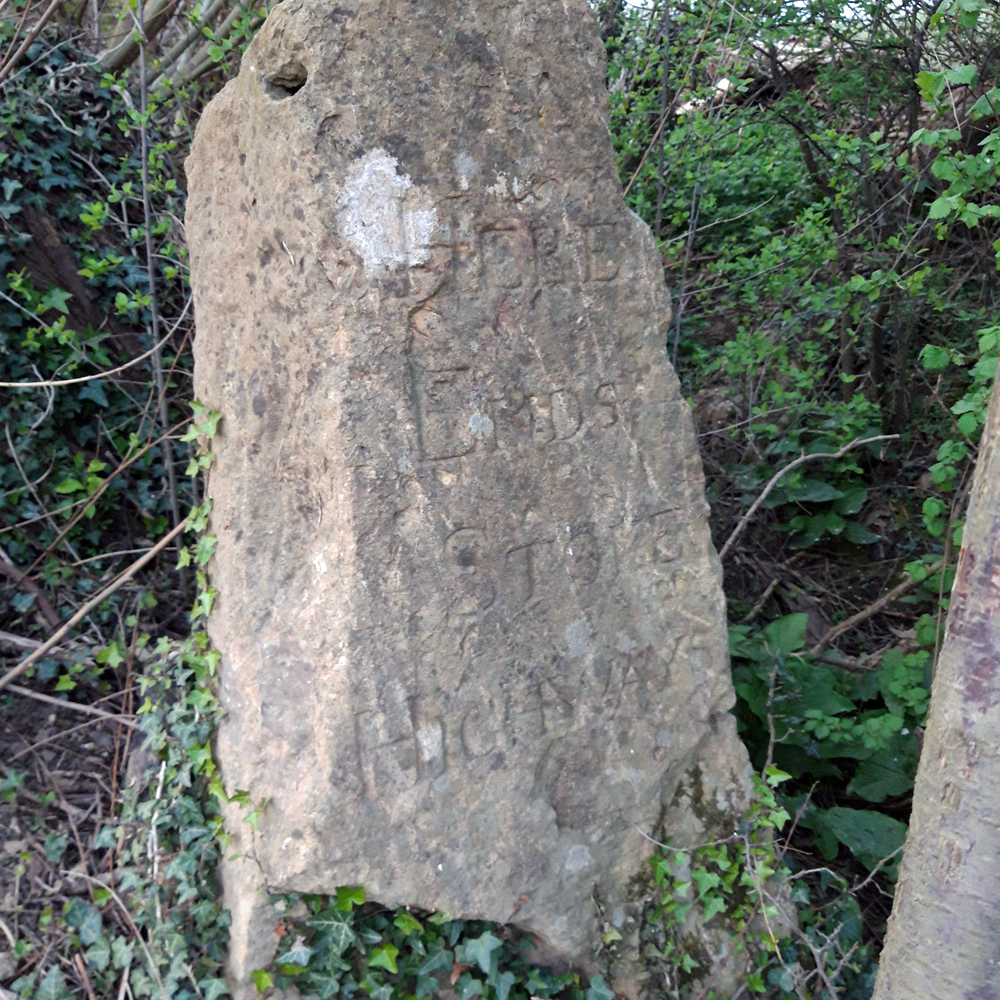 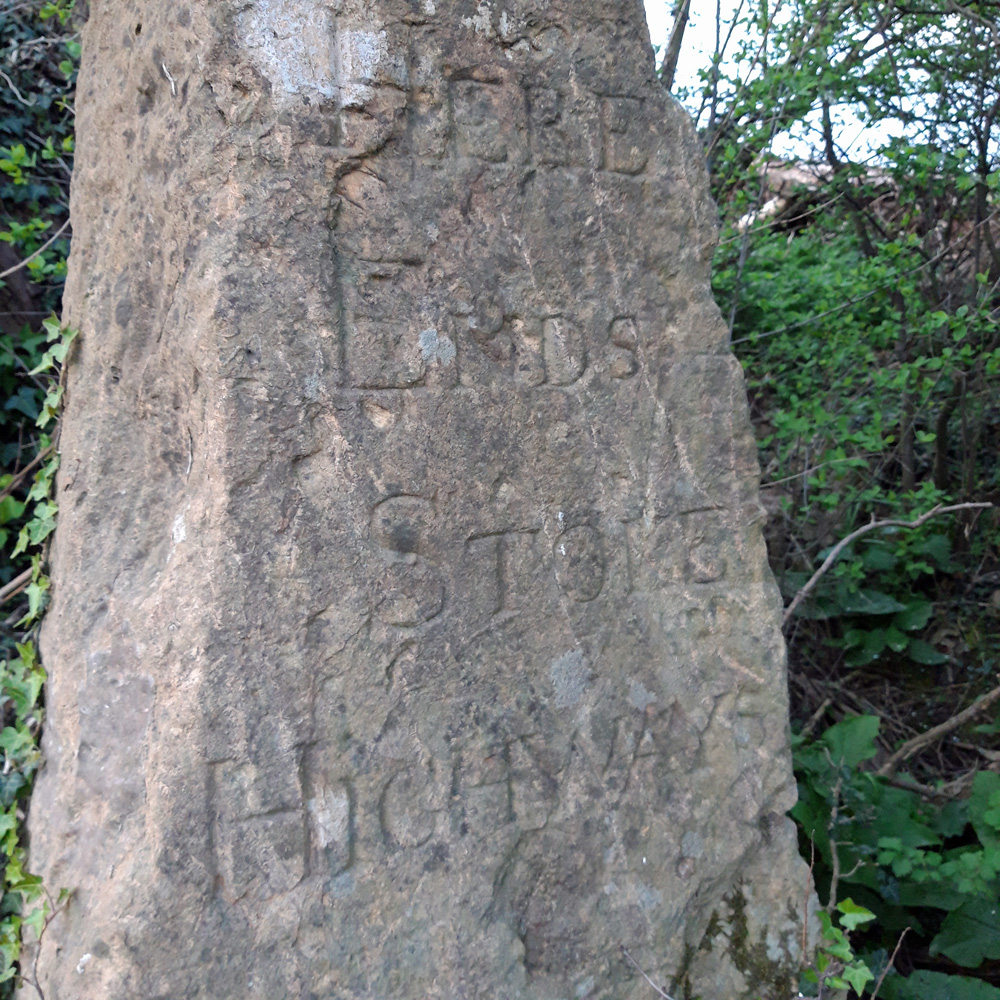