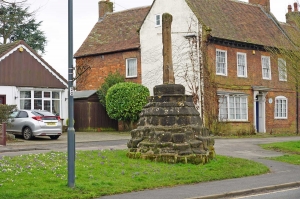 Hillmorton Market, which like that at Dunchurch was much better situated in the pre-railway age than that of Rugby which later supplanted it, was first granted in 1265 but was obsolete by the mid 17th century.

In the upper village are the remains of a 14th century stone cross. It has a graduated and moulded base about 8 ft. high, above which is a simply moulded shaft of red sandstone surviving to a height of 7 ft. Victoria County History of Warwickshire Vol VI p. 109

To find it: Hillmorton High Street, South side.

To find it on the Map: North East Warwickshire 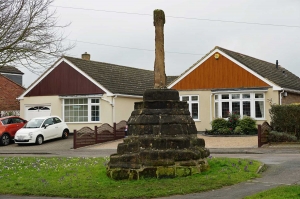 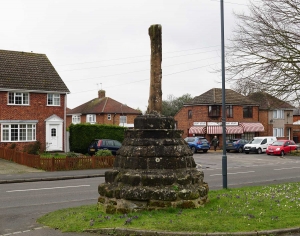 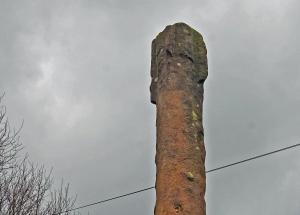 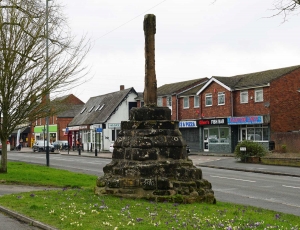