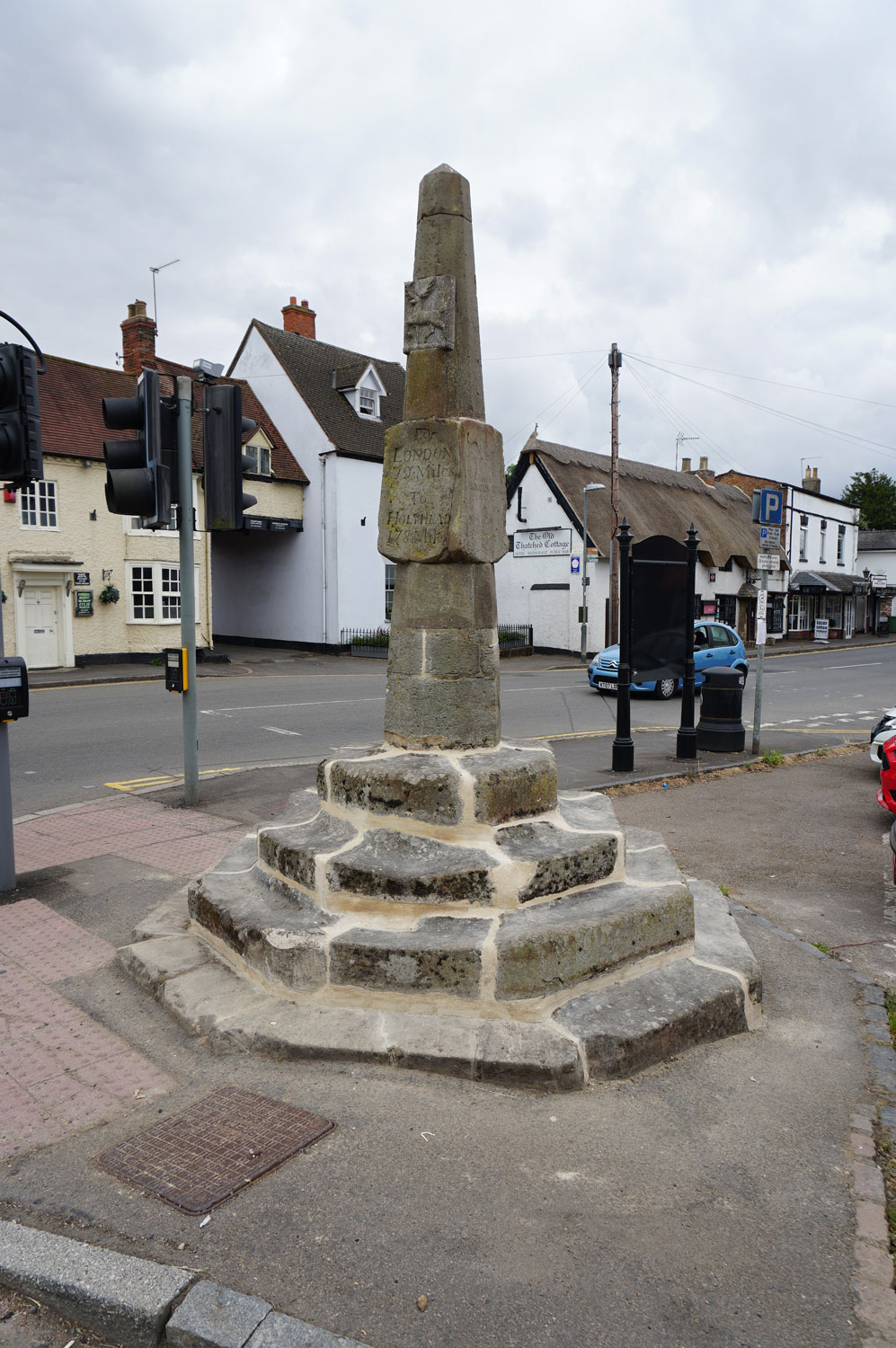 The base and steps are medieval, forming the base of a former Market Cross. The upper parts in carved sandstone were added in 1813 as a milestone and inscribed with the distances to London and Holyhead, etc. It was restored in 1953. The base was damaged recently by an errant lorry but has been nicely restored by Warwickshire Highways.

To find it: The east side of Dunchurch Green

To find it on the Map: North East Warwickshire 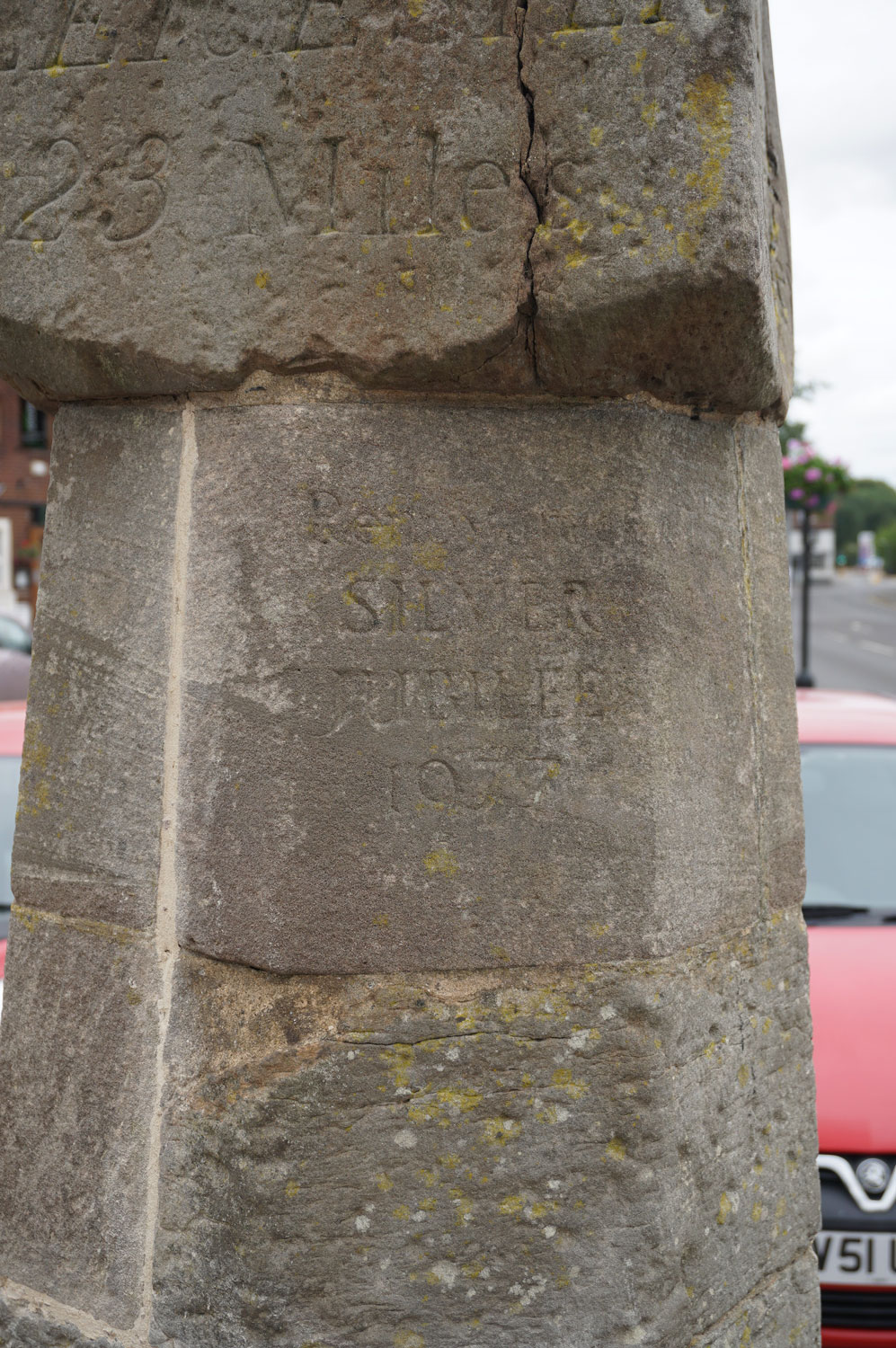 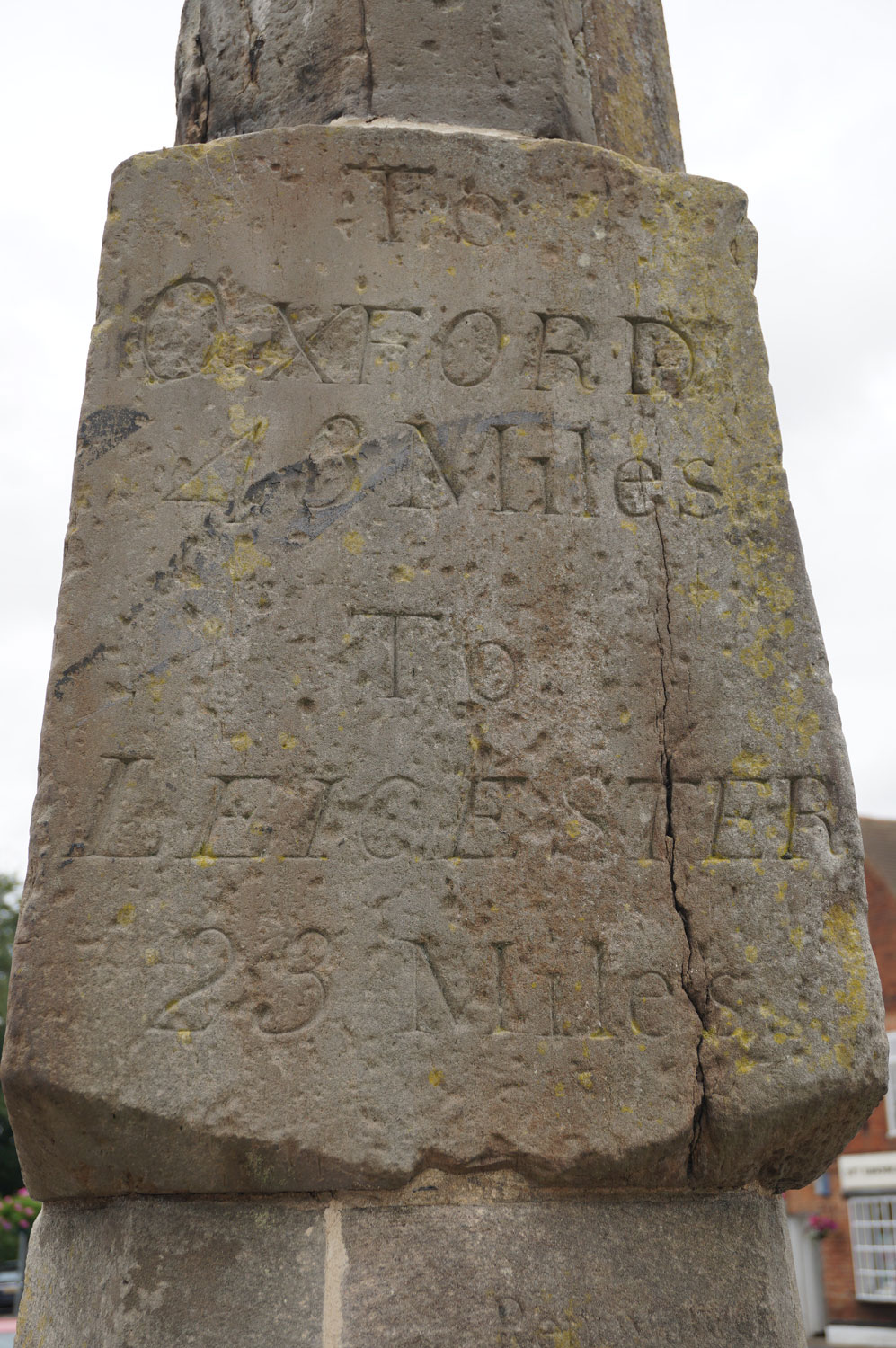 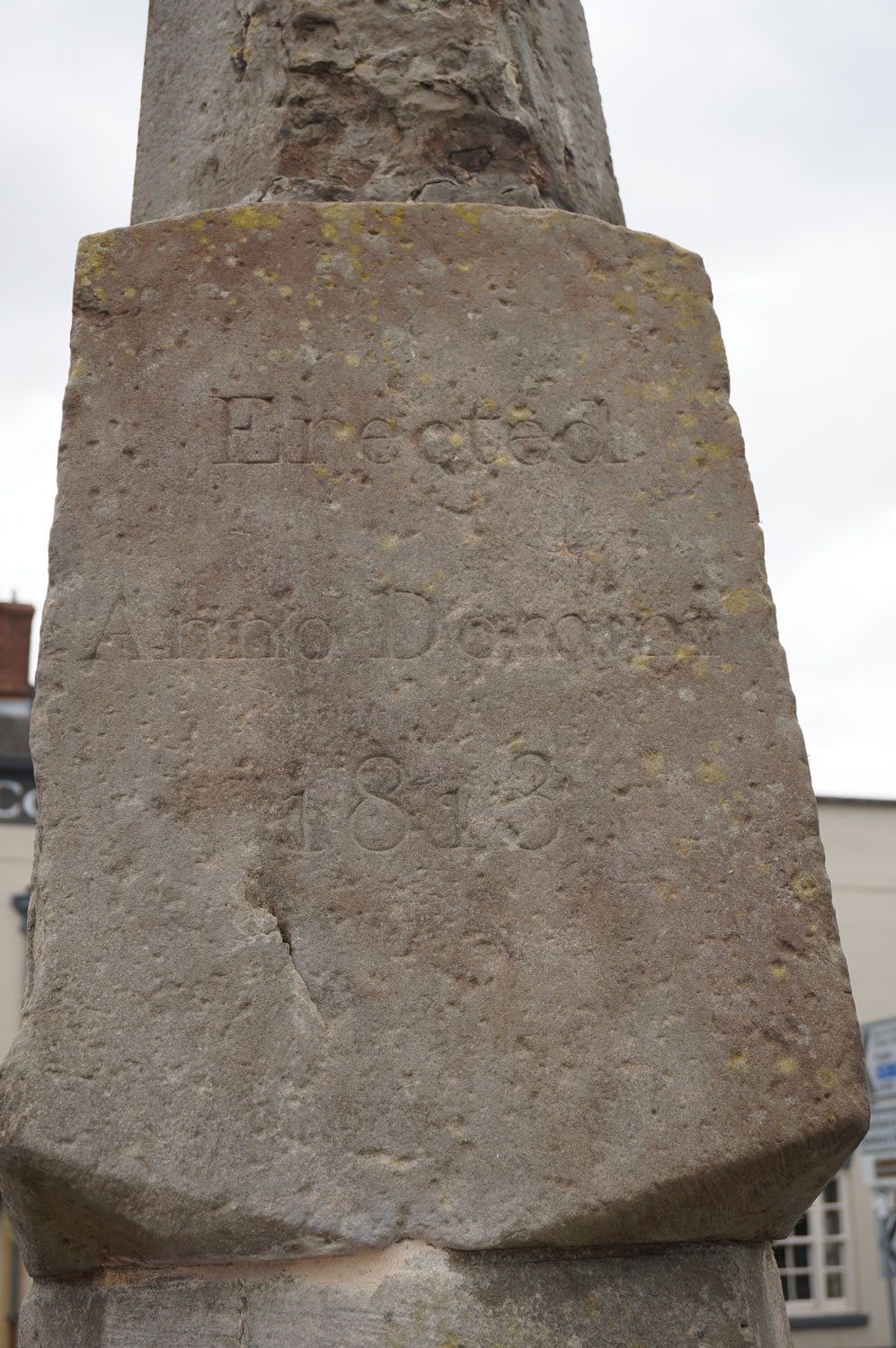 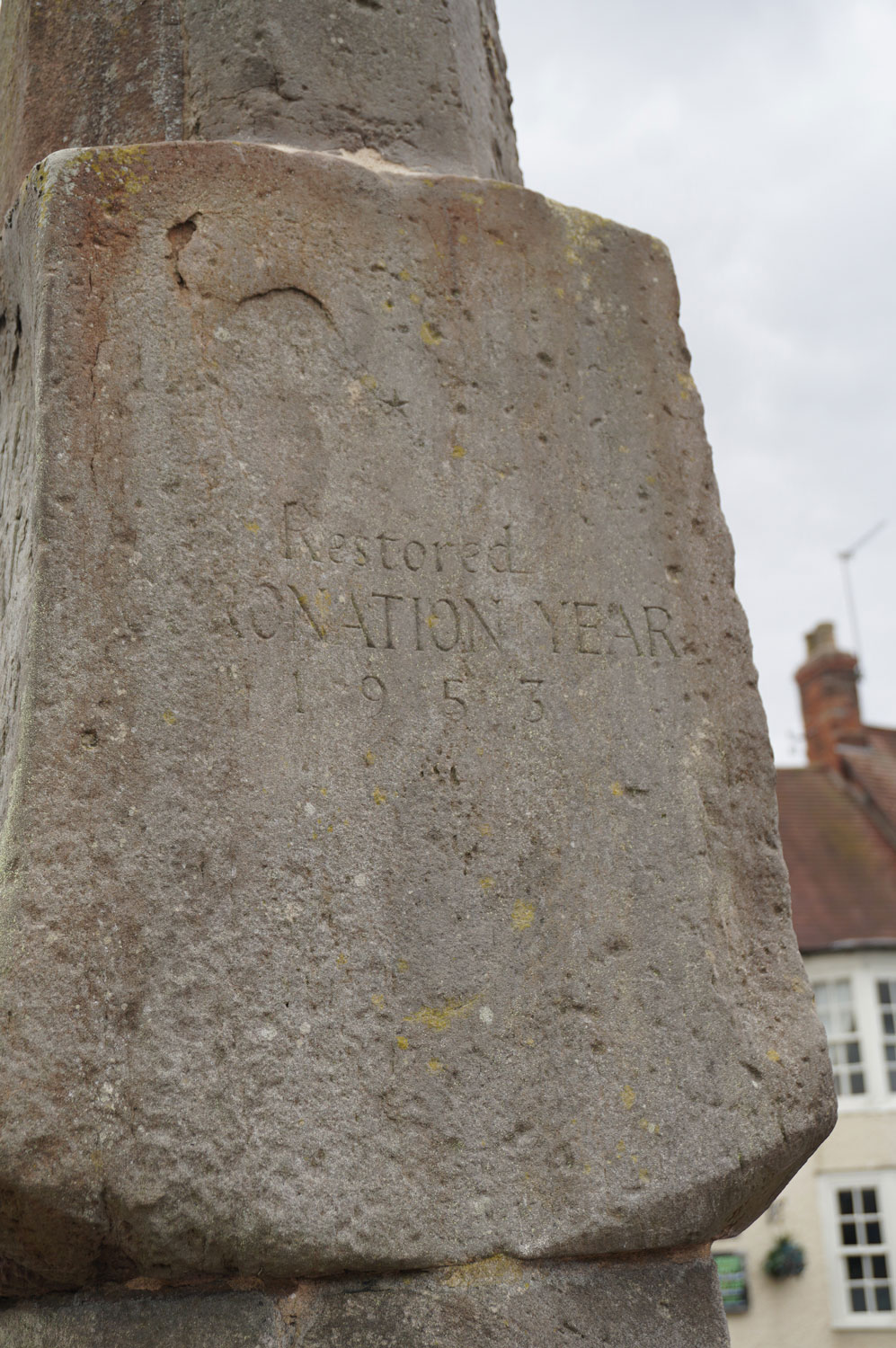 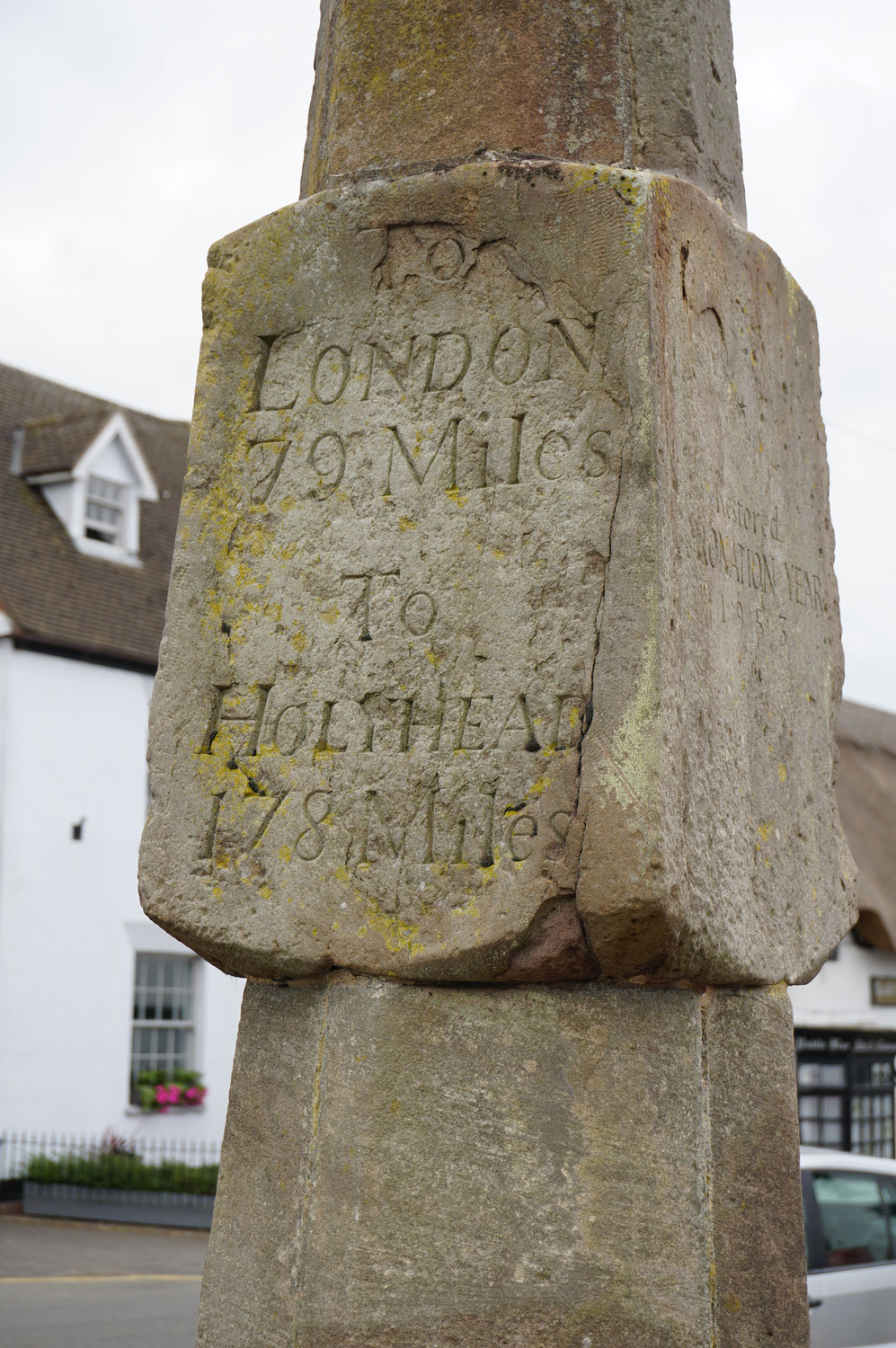